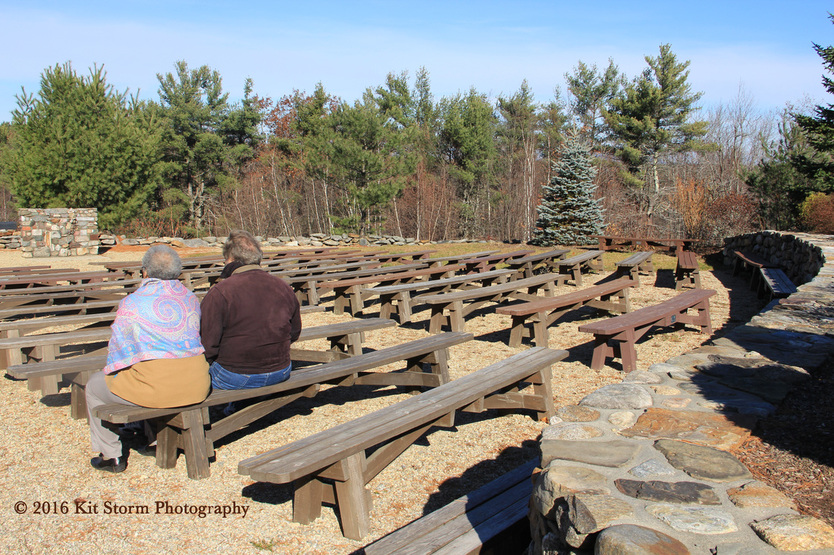 Elegy
By the time everyone had shuffled out of the mountaintop chapel leaving the widow and the best friend of the remembered man alone, the day had resolved into a pleasant - if cool - tableau of bright sunlight upon the yellow, ochre, and crimson leaves.  Needles of the pines showed no sign of surrendering even an inch of ground to the encroaching winter.  The rest of the friends and family members had begun to explore the trails around, probably forgetting about the deceased. He had requested that his funeral be held on the mountaintop, his ashes scattered, but legal ramifications made that impossible.  So, months after his “real” funeral, they had found a day when most of his friends and family could drive up the mountain and listen to a few words said by friend who was a minister.  But most tears had been shed already, and they’d lived without him for a while now.  Nevertheless, the window and the best friend of the man sat side by side, nurturing their grief as though it were still fresh.

“He was the best friend I ever had,” he said.

“Me too,” said the widow with a sad sigh.  Something dark was behind her face and she stared into the distance as though some indecipherable runes were etched upon the distant peaks, vibrant evergreens clustered into islands amid the seas of bare branches.